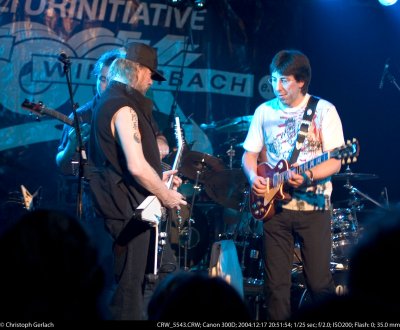 I went to the Siggi Schwarz Band feat. Michael Schenker gig in Winterbach/Germany (near Stuttgart) on 2004-12-17 and I was also allowed to take pictures at the concert. As you can see from the pictures, Michael seemed to be very happy. Siggi must have a talent to make Michael feel comfortable I guess. They played mostly covers from Free, Bad Company and others along with some UFO-stuff (Only You Can Rock Me, Built For Comfort (I know, not exactly UFO), Too Hot To Handle, Doctor Doctor and Rock Bottom). The show was great and it was also nice to see and hear Michael play some unusual stuff.

Pictures will stay online for a few weeks so I recommend you download them on your maschine if you want to have them available later.

Siggi Schwarz & Michael Schenker were opening for Nazareth who played almost the same set as on the tour from 1999 with Uriah Heep. Anyway, Nazareth were great too. 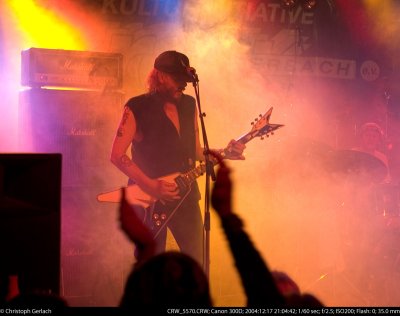 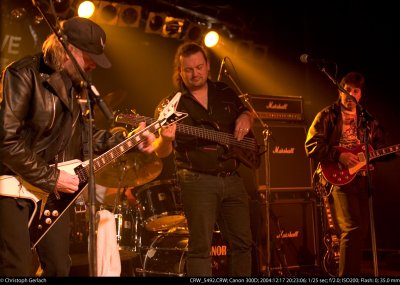 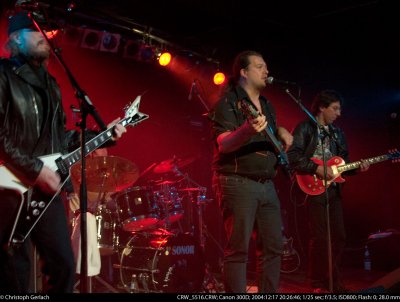 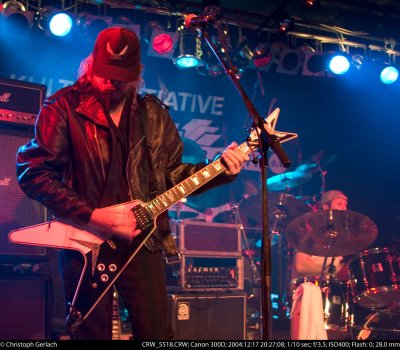