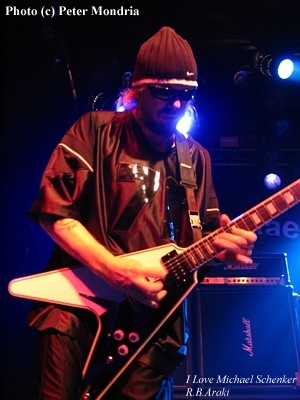 Just coming back from the Bochum gig, the show wasn't sold out but amazing and totally worth the 4 hours of driving. I was standing at the front row and watching Michael's performence from start to finish. Michael used his brand new Dean during the whole set. It seems he had some little problems so now and again, because he tuned his Dean several times before starting a new song. Chris was talking to the crowd meanwhile. Michael had a very little interaction with the rest of the band and was smiling one or two times to the crowd. The rest of the band really enjoyed themselves. Rev was amazing as always, he's jumping and running at full speed. I've no idea why, but the band did only one encore (Armed And Ready) in contrast with the setlist ... that means no Dr.Dr. and no Rock Bottom!!! (Very disappointing).

Michael came out after the show for some short signing session, I shook his hand and I told him he did a great job and that the show was great. He only smiled a little. For now I need some little sleep. Tonight I'm gonna visit the Tilburg gig in my own country. 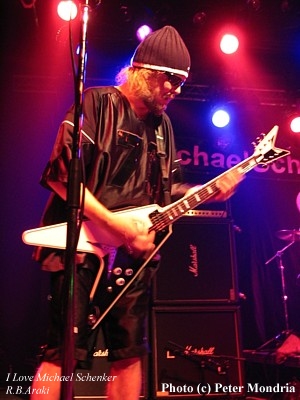