Great site, thanks for all the work you do!

The remnants of Ivan and local tornados didn't deter the Schenker faithful from there appointed duties. A packed house greeted Uli with enthusiasm and reverence. His screen was actually awesome...and the video/choreography was well thought out and rehearsed and a great support to his show. No live drums take away from the rock-n-roll feel, but Uli is only partially rock-n-roll. His sound was loud and clear...his tone was better than I expected...better than the DVD...it fits him well. His playing was unbelievable...technically I've never seen any thing like him...from Yngwie, Vai to Tommy Emmanuel. Several of mans best traits shine through Uli...talent, hard work (you can't do what he does with just talent), and self improvement. Let there be no mistake...his music and performance require tremendous effort to achieve.

MSG was awesome...louder than I've heard before...Michael's playing was exceptional...the mistake mentioned on the Dinosaur Rock review was not a mistake...he broke his 'high' E string and moved the ending down one octave. For those of us that know his music so well...and couldn't see that, it sounded different. Schenker is almost trapped by his compositions, his fan base is so into it that any variation is very evident, his fans know every note. Friday he did vary sometimes, he playfully and frequently used his effects pedals...almost whimsically (not the wah too much). The pedals have a very subtle effect and his tone and overall sound remained classic. Chris Logan is world class...I can't imagine anybody having any criticism of him...he sings with passion and excellent pitch...his presence is first class and fits the quality of musicianship of the band well. Schenker is lucky to have him, as well as Pete and Wayne. I find Rev similar to Pete Way...almost "Spinal Tap" like...it doesn't fit the musical commitment exhibited by the other band members. The set list was similar to others mentioned and Rock Bottom was killer. MSG is world class musicianship in a rock and roll environment playing inspired compositions with passion and punch...it doesn't get any better. 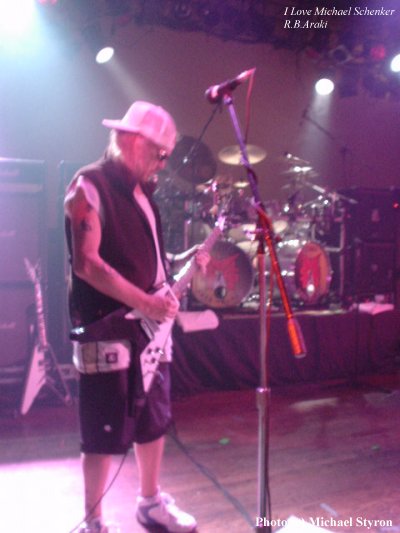 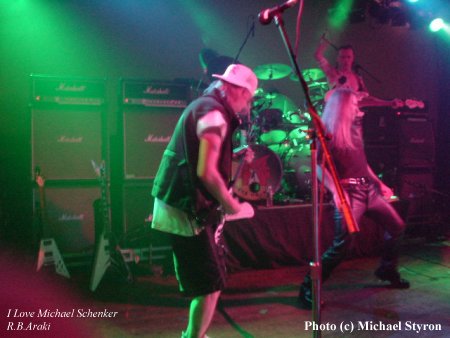 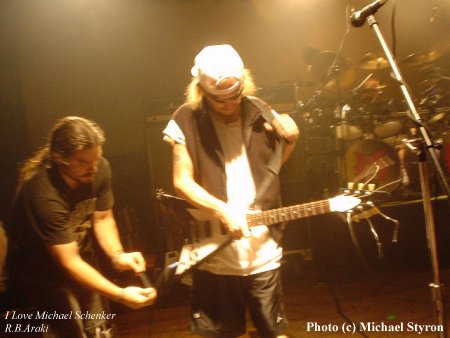 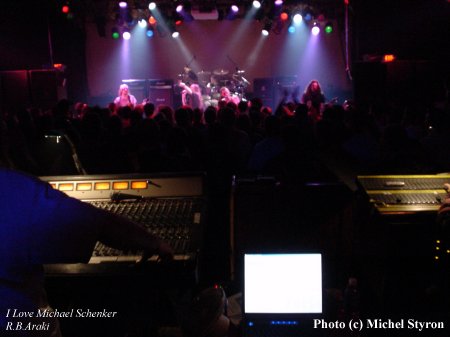