Saw the show last night at the Trocadero in Philadelphia. I sweated off about 10 pounds. It was HOT in the building. MSG had a lot to do withthat ! Another GREAT show. I just hope Michael realizes HOW MUCH hismusic means to his TRUE FANS. I've been a fan since the PHENOMENON daysin 1973. This was the 2nd show I've seen in the last nine months.Caught the BOYS in Allentown, Pa back in December. I sure hope Michaelcontinues to get out and perform. Can't wait for the DVD !

Thanks again to you, R.B for the GREAT site. I log on almost daily & you are THE BEST at keeping the MSG fans up to date. Be well my friend & KEEP ROCKING ! 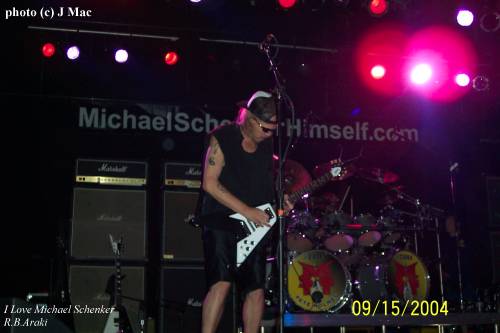 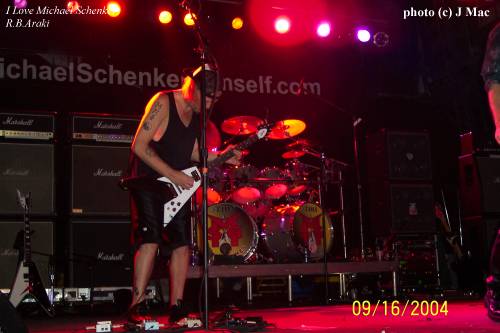 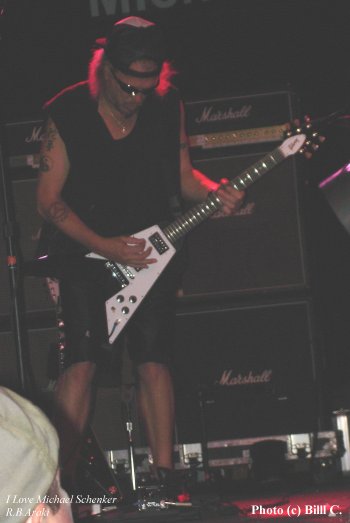 Philadelphia's Trocadero is a small venue with a balcony and stylish Vaudeville era decor. Its ample stage and good PA system make it an ideal environment for acts like this...

First up was a local (I think) band called Wastoid. I caught the last few songs of their set, very much in the Iron Maiden/Judas Priest '80s NWOBHM mold, not bad at all if that's your cup of tea.

Uli took the stage next looking dapper in his Hendrixian attire, and sporting a seven string Sky guitar. (A 6 string Sky was on a stand but wasn't played) Uli was accompanied by a keyboard player and, on a few numbers, by another guitar player playing a cream colored '70s Strat that I thought was Uli's Scorpions era axe when I first saw it on a stand before their set. Opening with an amazing version of Vivaldi's "Spring" from Four Seasons (he commented that he wouldn't have time for all four seasons, so Spring would do) Uli was nothing short of mind boggling, despite a few minor flubs during the course of the set. The crowd was a bit rowdy, but appreciative. Perhaps the amped up classical music with footage of a white garbed female string quartet projected on the screen behind the "band" went a bit over their heads, there wasn't a power chord to be heard during this piece, since Uli is pretty much playing the role of the first chair violinist here...The Scorpions and Electric Sun numbers that came a little later in the set seemed to go down a bit better. At some point, a folded up piece of paper was thrown onstage, prompted Uli to say "what's that?" through the PA.

One member of the audience kept screaming for guitar picks from Uli's set through Schenker's, and even though he got several, it didn't seem to quell this guy's lust for famous owned picks, which are probably already on Ebay as I write this! Rousing versions of Sails Of Charon, Virgin Killer, and Fly To The Rainbow followed, which I enjoyed immensely, never having had the opportunity to hear Uli before. 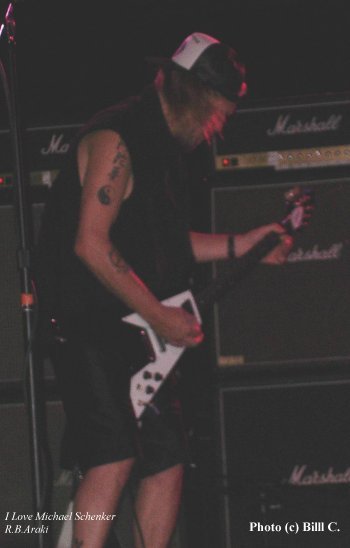 Like other reviewers have mentioned, it would've been nice if he had a backing band, but it was still cool. I think he's breaking some new ground by even attempting something like this in a rock setting, and precious little new ground is broken in the world of rock these days. Whether or not one likes it is a different matter, but I do think its easier to play with a band then with tapes/samples, for whatever its worth. It may be cheaper and simpler, but it's sure not easier. Michael's set was essentially the same as reported in previous reviews of this tour. Michael seemed a bit reserved at first, but played superbly from start to finish. The last MSG performance I caught was at the Starland Ballroom in NJ last on a miserable snow/freezing rain soaked night December. I thought he played with a little more fire that night, but I'm splitting hairs, he really was ON at the Trocadero!

The new Dean V sat on its stand all night and was not played, a bit of trivia for the gearheads out there. Mr. Schenker's tone was exquisite, the perfect Gibson/Marshall tone, although I know it comes from the hands more than the equipment. Rev Jones was his usual crazed self, obviously, the guy is a gifted musician, but I must say that he spends more time with his right hand over the fingerboard than I care for. You lose some bottom and power when tapping a note on bass as opposed to picking, and the visual flash value wears thin after a while. Since one's eye is constantly drawn to the helicopter haired hurricane of the Rev, it can distract form Michael, too. Some clown in the audience did or said the wrong thing to Rev, prompting a well aimed wad of spit and invitation to come up onstage and fight from the peripatetic bassist, who amazingly, didn't miss a beat! The invitation was declined and the clown ejected from the premises... Pete Holmes is a solid, tasteful drummer, Chris Logan has a versatile voice that can carry off material from Gary Barden and Graham Bonnet as well as his own songs, Wayne is a more than competent keyboard player, guitar player, and background singer...guys like him are few and far between.

Since this band has been with Michael for quite a while now, they've achieved the tightness and timing that only endless touring can produce...

Michael seemed happy and contented later in the set, bowing and smiling after almost every song. A meet and greet after the show was held in the lobby, unfortunately, I had a long ride back to New Jersey ahead of me, and didn't have the time to wait in line to get my just purchased "Odd Trio" CD signed. 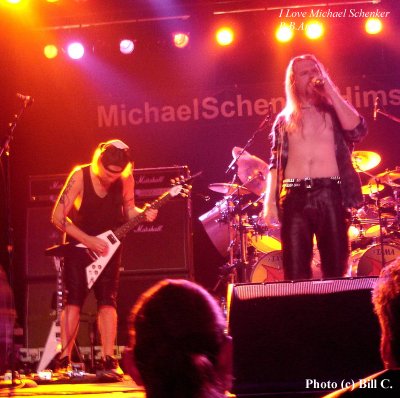 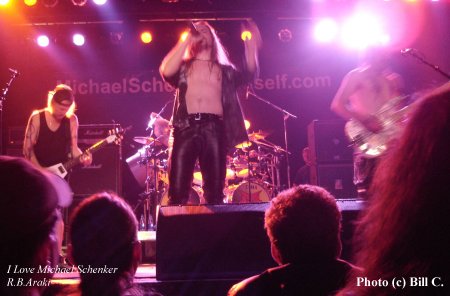 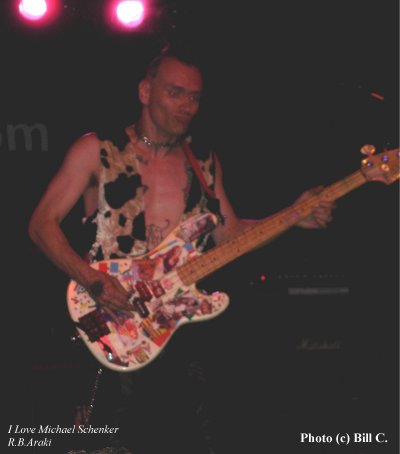 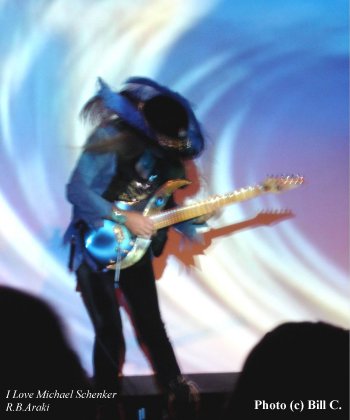