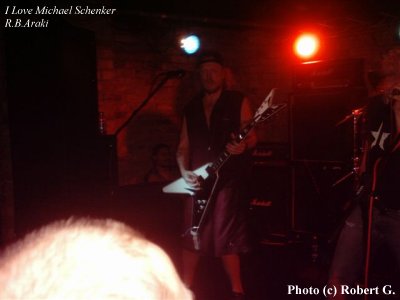 Met up with her Battiness before the gig went backstage before the gig, we chatted with everyone except Schenker and Lief. Watched the soundcheck where they played the scored out songs from the attached setlist as instrumentals they also played the solo bit from Out in the streets.

The sound from the new Dean was ok at first there didn't seem to be enough bite/sustain in the treble notes but this was sorted out as the night progressed. He had a bit of trouble keeping it in tune as he had to retune several times during the set.

Lief was a bit of a dissapointment as a vocalist he just doesn't have power or the range to be comfortable singing most of the songs, Schenkers guitar tech Roberto had to nip to the front of the rather small stage and put down a crib sheet with the words to the each song just before the song began.

During Let it roll at the bit where the guitar should have prominence the keyboards sort of drowned the guitar out instead of being just in the background, it sounded almost like he was playing a different song.

But all in Schenker played well. But I think a new singer is the order of the day. 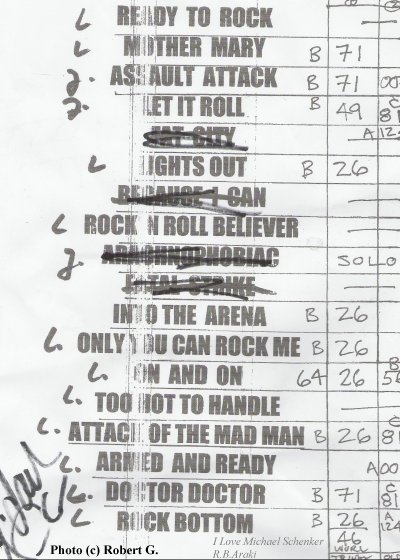 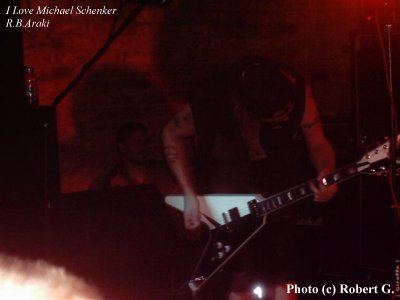 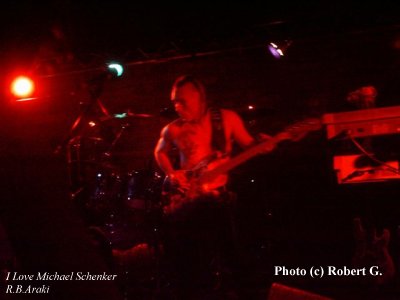 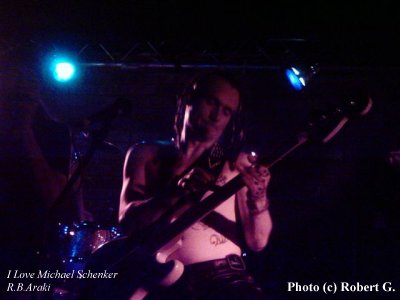 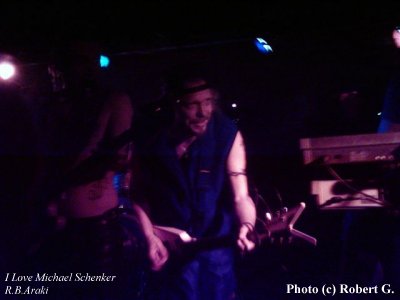 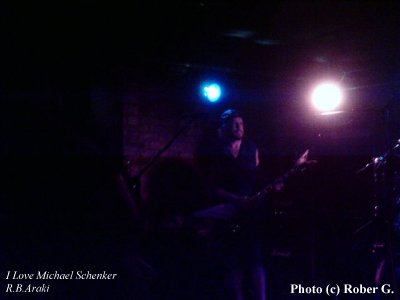