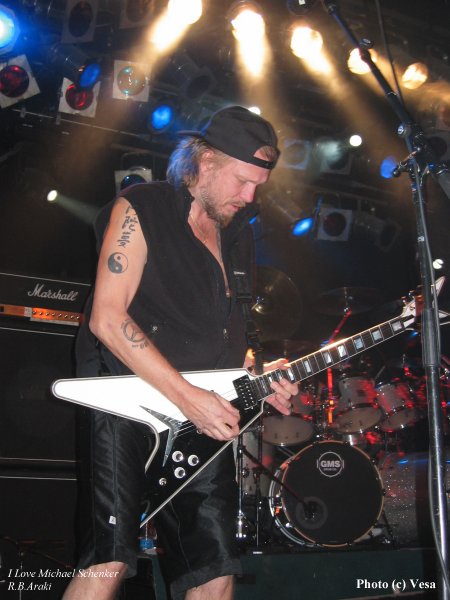 It was in some how mixed feelings that I arrived to KB in Malmo this night. From what I've read Chris left the band and that Leif Sundin was to enter the stage. It was quit interesting if they would make it tonight with Leif. What songs would the play and so on? There hasn't been much time for Leif to learn the new songs.

Then it was time for MSG to enter the stage, crowd ~150 welcomed the band. Michael entered the stage and started to rock! It was really good to see Michael on stage, as in earlier reports he seemed happy and looked fit.

Leif had put the lyrics on the monitors. Gianni helped out with a couple of songs and did well! Michael had a signing session after the show. 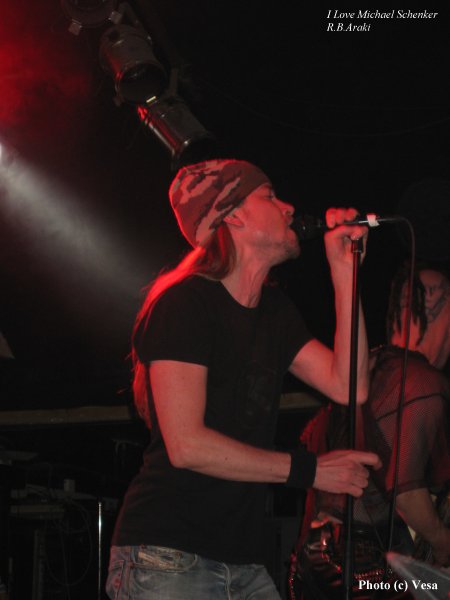 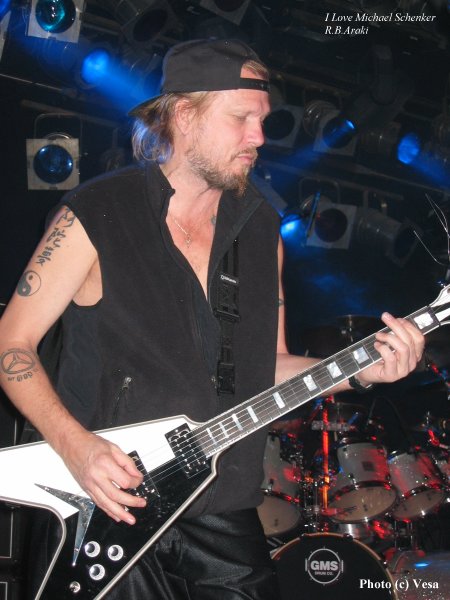 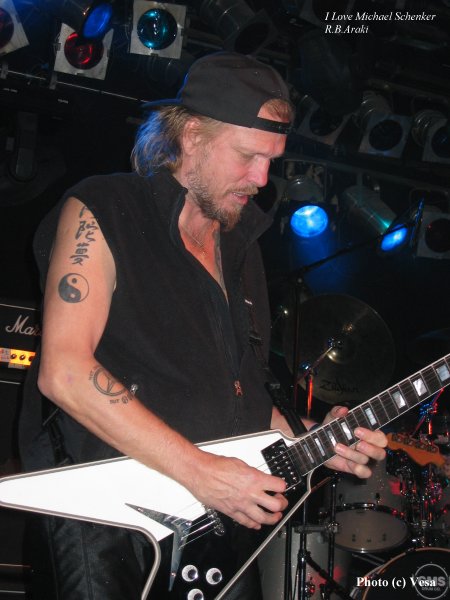 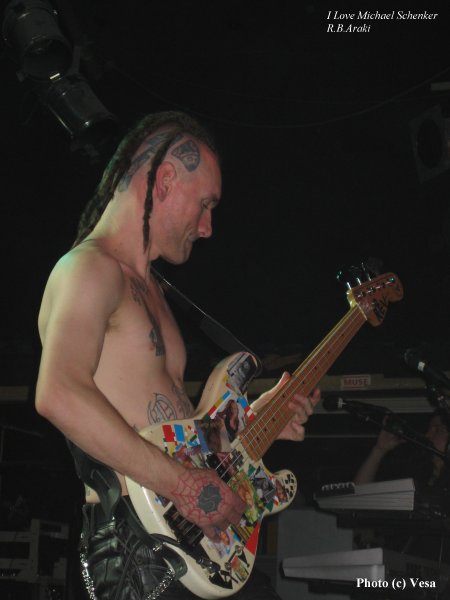 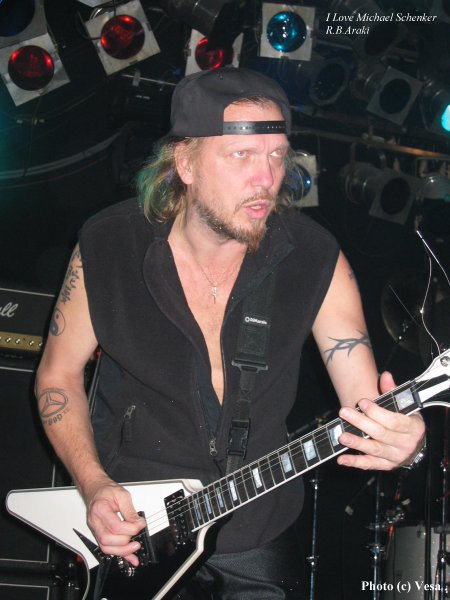 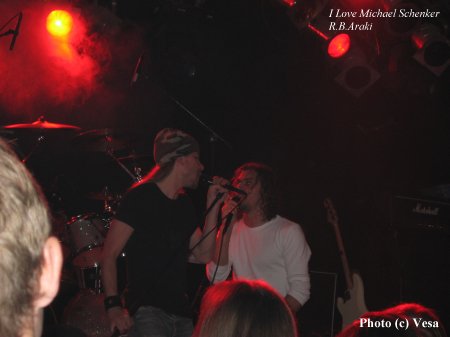 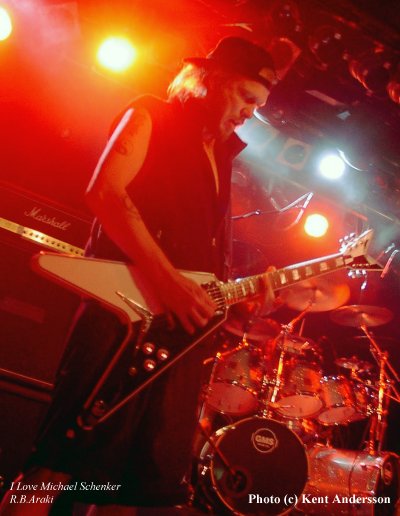 Here is my review of the show:

Brutal rock n roll, with a couple of good tunes, a great singer in my ears. But to fully appreciate them I think you have to know the tunes. In the last song Wayne Findlay from MSG joined the band.

We were standing very close to the stage, right in front of Michael. I had been waiting for this moment for almost 25 years as this was my first MSG show. Michael has a tone that is heaven sent. It is crystal clear, soft and hard at the same time. I cant believe he is just plugging that guitar into a non-modded jcm800! To me the new DEAN is just as beautiful as those famous B/W Gibsons. And the sound is even better, but this is just my opinion.

I thought that the show was magical. (Old) New singer Leif Sundin did a great job considering he just got 2 days to learn the songs. Pure Inc singer (I call him Johnny, Michael said) did 2 songs, and the audience sang a lot too. And Leif got some help from the text that was written down on papers lying at the floor of the stage.

Although there were not a lot of people in the house the floor was bouncing. My son and I had a great time and there were not one boring song. I could have enjoyed a couple of more instrumentals and perhaps some newer songs as well.

But the main reason I like M Schenker is the solos and they were great, especially a new (to me) only-guitar-solo after the bass and drums soloin "Into the arena". And of course the long solo part in the last extra song "Rock Bottom". The guitarist from Pure Inc joined MSG and did a short solo in that tune and you could tell by the look in his face he was enjoying every second of it. He did a good soloing job, even better than in his own band.

Just before the "Rock Bottom" when Michael walked of the stage he threw out his guitar pick. And when they started the song he had no pick left. So I, as the helpful guy I am, reached him my own pic, but apparently that was to thin for him because he gave it back to me.

Maybe it was because this was my first MSG show, but this was one of the biggest moment in my (musical) life. The melodies that come out of Michael Schenker's V are like listening to the angels singing in heaven. Pure Magic! 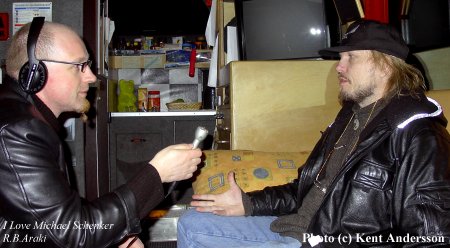