Just got back home from the MSG gig in Katowice. Michael and his group was one of the 25 music acts that were on the bill that day. Well they weren't headliners (Im really suprised, because they should be). Michael Schenker Group hit the stage at 16:45 pm and they delivered a bombastic show!

The sound of Mr.Schenker was crisp and clear, overall all the instruments were well mixed. Michael was in a top form! All of his solos were stunning, he improvised a lot adding some slightly different endings to "Mother Mary" or "Attack Of The Mad Axeman".

He was using two black and white Flying V axes (dot inlay). Rhythm section (Rev and Pete) was very tight and steady. Wayne did a nice solo on "Arachnofobiac" also his keyboard work was fine. What else can I say? Obvoiusly Michael was very happy smiling and waving to the audience. Overall the show was almost flawless (there were some minor mistakes, for eg. Chris did forgot some words.....but..hey...thats rock and roll. The highlights form me were....."Lights Out", "Arachnofobiac", "Into The Arena" (Rev was very animated during his solo), "Rock Bottom", "Only You Can Rock Me", "Attack Of The Mad Axeman".

Yes the show was filmed (there were about 5 cameras there). All of the bands that played on this festival were filmed (not only MSG). Due to the time limits, MSG did play for about 80 minutes. The following songs has been dropped from the set list: "Because I Can", "Fat City", and "Fatal Strike"

Intro
Are You Ready To Rock
Mother Mary
Assault Attack
Let It Roll
Lights Out
Rock And Roll Believer
Arachnofobiac
Into The Arena
Only You Can Rock Me
On And On
Too Hot To Handle
Attack Of The Mad Axeman
encores:
Armed And Ready
Doctor Doctor
Rock Bottom

Greetz, all the best..

As I can see there are no photos from MSG concert in Poland on your page, so here I sent mine. This could be treated as a teaser before we will have possibility to see DVD. (As you can see on one of the pictures, one camera man was designated only for Michael for whole concert). For me the concert was excellent (details you have in Peter's report). I was also very lucky to meet Michael and the band after the concert (time for autographs and for some photos). 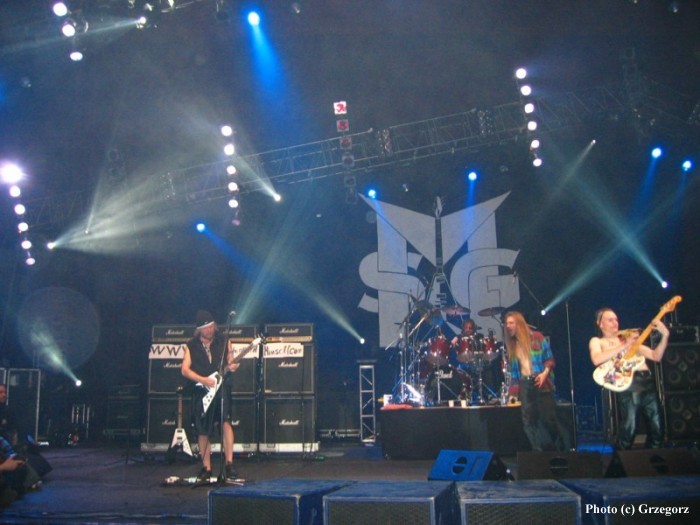 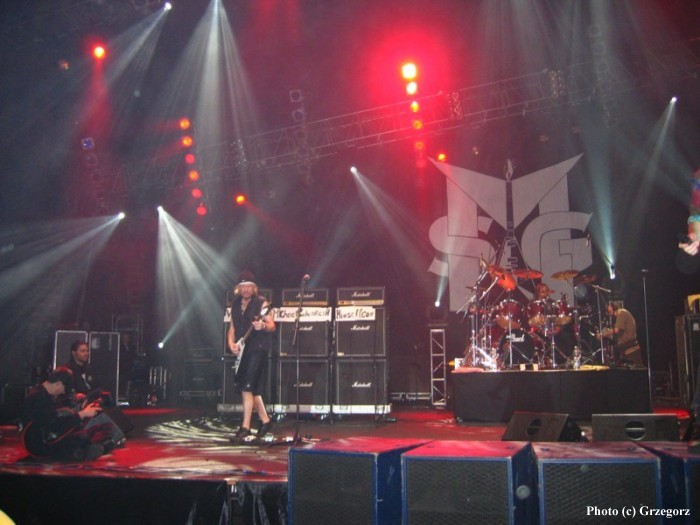 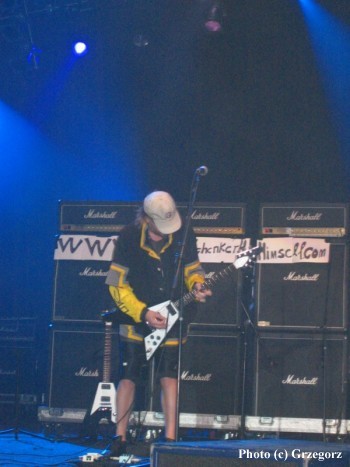 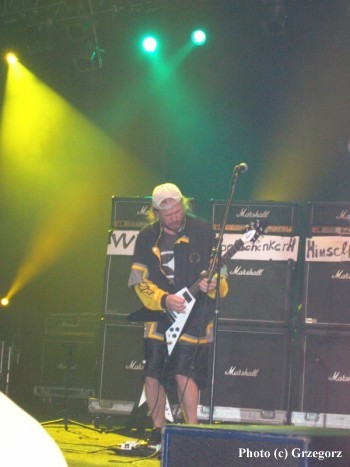 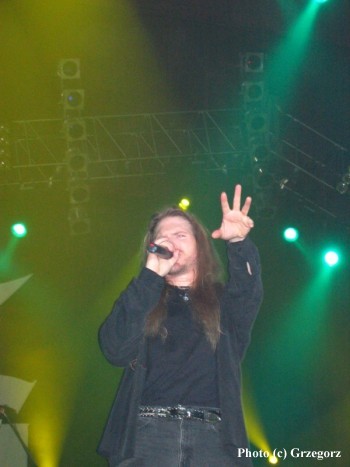 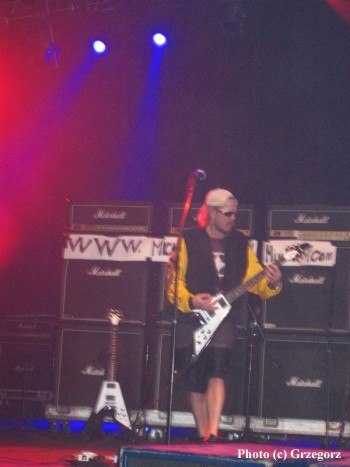 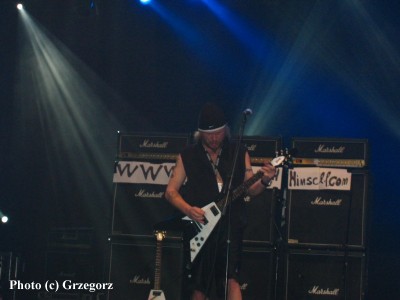 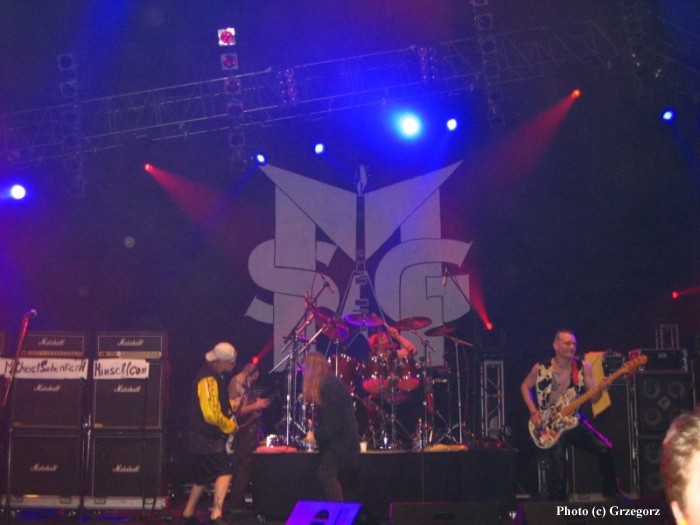 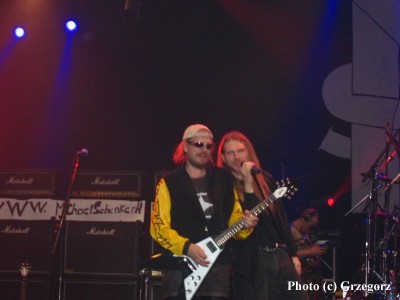 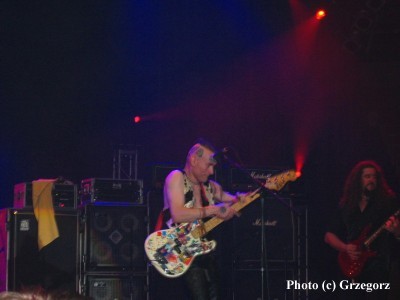 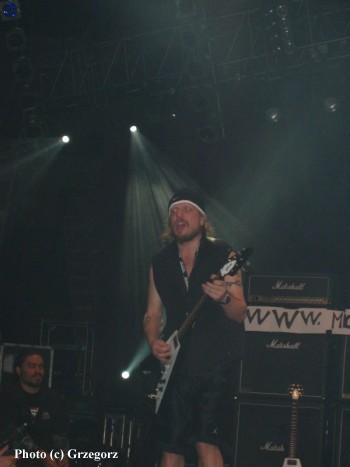 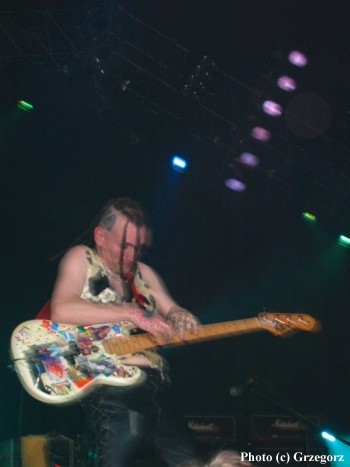