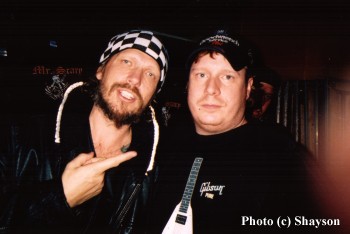 Another rockin' night at the house of blues, this time not quite as packed as it was on friday nigtht though. once again we were tortured with enuff z nuff opening the show, then the original drummer from Guns n Roses band played, all GnR songs by the way. George lynch played next, sounded really good, and did a killer slower version of "Breakin the chains". Had a much easier time seeing the stage this time and was able to get up quite close before MSG came on. Same set as friday, Michael had to switch guitars in the "let it roll" solo but recovered nicely like nothing happened Right before "Fatal strike" Michael Had Chris turn one of the vocal monitors around facing the audience so we could hear him better and I agree I think that song really stands out vocally to me on the cd. All said and done it was a great show. This form of MSG has a powerful energy about them. Autographs were to be had after the show once again also, the thank you 4 cd is highly recommended.

Concert Report by Michael W
MSG at the House of Blues, Chicago, IL
December 20, 2003 (originally posted on ClassicRoccRevisited.com)
Added on 12/22/2003

MSG didn't take the stage until 12:10 a.m.!!! Enuff Z Nuff opened, following by Adler's Appetite. Adler's Appetite ROCKED. Their drummer is the former Gun's and Roses drummer, and they played 4 or 5 GNR songs, finishing with a thunderous Paradise City after about 1/2 hour on stage. Next was George Lynch. They started strong, but in my opinion, every song sounded the same. Their guitarist, while technically proficient, was a stark contrast to the master Michael Schenker. He seemed to play notes just for the sake of hearing them be played fast - no emotion or meaning. You could take any solo from one song and replace it into another and you'd never know the difference. And, in my opinion, they totally butchered Voodoo Child. It wasn't that they put heir own spin on it, it was that it didn't sound remotely like it, except for the lyrics. Every song sounded the same - AND they played for an hour and 20 minutes. WAY too long for an opening act, especially George Lynch. If Adler's Appetite played that long I wouldn't have minded.

Anyway, on to MSG. After a long wait. MSG came on at 12:10 a.m. Played pretty much the same set list as other documented earlier. Michael was phenomenal!!! He sounded crisp and clear, and was really into the crowd. Singing, looking around, etc. I've seen him 7 times, and this was the most open I've seen him. They finished by blowing the roof off with a 3 song encore consisting of Armed and Ready, Doctor Doctor, and Rock Bottom. Total playing time was about an hour and 40 minutes. Those three songs alone were worth the price of admission.

Now for the negative part - Chris Logan is TERRIBLE. He has such a weak voice; I can't believe Michael has put up with him for 2 CD's and 2 tours. Definitely the worst singer he has ever played with. And the bassist, while adequate, it annoying with that hair twirl. The rhthym guitar was acceptable, and the drums above average.

Please Michael - you are the best guitarist ever! Drop Logan and get someone of your caliber in the singing department.

I wanted to let you know you have an awesome website. Whenever I want to find out whats going with Michael Schenker I always go to your site first!

Now the review by Michael of the MSG show on the 20th in Chicago is really way off base when it comes to Chris Logan. From where I was in the second balcony his vocals were right on most of the time, thou it was hard to tell as they had the vocals buried deep in the mix.

It's not that he has a weak voice it the fact the volume of his mix was way to low. You could only really hear Michael and the drums everything else was very quiet in comparison. I thought he did a great job and I see why Mr. Schenker is working with him. I got to meet both after the show and Chris is a really nice guy. And I would give my left nut to have him sing on some of my material!

It was on of the best shows I've been too!! I hope they come around again and I hope they get to Japan this time so you can see them as well.

I was at the show at the House Of Blues in Chicago on December 20th, and it really rocked! It was my second time seeing MSG, both times Chris Logan was the lead singer. I think Chris has an awesome voice, and he is a really nice guy to boot, and was kind enough to pose for some photos with my husband and I, as well did Michael Schenker. I think the way they had the music mixed was not the best, and the vocals and rythym guitar got drowned out a bit. It was an awesome show, though, and I would welcome the chance to see them again. I am hooked! 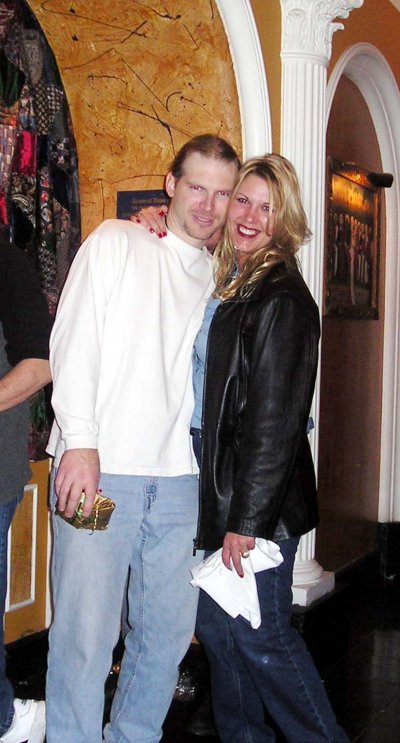 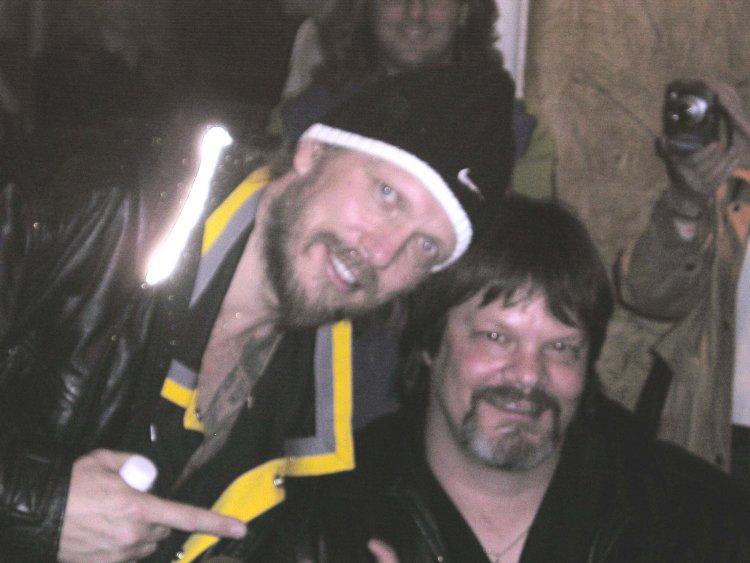 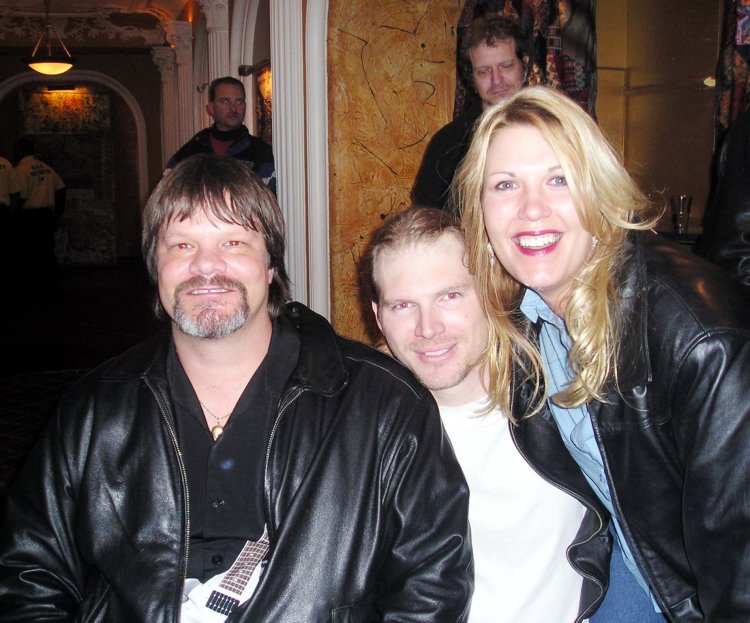 Best thing about the Saturday House of Blues show? I got to meet Hans Albers! What a great guy. Privileged to have met you, buddy.

Supposedly, both Friday and Saturday were sold out. The place was PACKED. Lots of supportive fans. About a thousand people each night from what I heard. Got to meet both Chris Logan and Wayne Findley before the show. Totally top-notch guys. Very friendly and grateful for the fans.

Enuff Z Nuff opened. Talented trio of musicians, but lacking in songwriting skills. Adler's Appetite was next. They played about 5 songs from GnR's Appetite for Destruction.

George Lynch was the third group and THAT MAN ROCKED! Hadn't seen him live for about twenty years. Forgot what an AMAZING talent he was. After the show, I told my buddies that he blew Schenker off the stage and they kicked my ass - so I won't dare repeat such blasphemy here.

Michael played the seventeen non-Schugar songs that have been posted on every set list so far. Came on stage at 12:05 and finished about two hours later. He was technically brilliant (and rarely used his pinkie finger). He was a little more charismatic than I have seen him in the past. Bowed after each song, looked out to the crowd a few times, and really seemed to appreciate his normally insane Chicago fan base. Took a few pics. Will share them with everyone later this week. God bless us everyone!