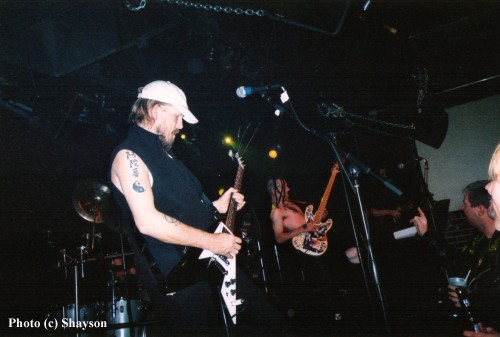 Hello R.B., the show was absolutely incredible and for numerous reasons, I'm still wondering if it was just an adventure of my imagination! Anyhow I managed to get to the club at 4pm as the bus just arrived, inside there was one lone Schenker fan (john was his name and a great guy) and the band setting up and having dinner, talked to Rev Jones a bit about the Vegas and San Bernadino shows and Black symphony he told me that Wayne was working with them and I believe its called Earth. A friend of mine was bartending and when the tour manager asked her if there was anybody who could go to the hotel and pick up Michael for soundcheck she suggested that I would like to, so the tour manager comes over to me and wanted to know if it was ok if I took the bus driver back to the hotel and pick Michael up....uh sure, I thought it was a joke, but it wasnt. Thus the adventure begins...the tour manager took me on the bus while the bus driver finished cleaning the bus and we were off to the hotel. We were 15 min early and Michael said hed be out in 15 min. After waiting the lobby Michael appeared and was very friendly and down to earth asked my name and we were off. On the way we talked about the Indian restaurant next to the hotel Michael was staying at and before you know it were at the bar. sound check was cool, walking in Pete started up with the opening drum riff to "feels like a good thing" then the band kicked in (with out vocals though) WOW! Arachniphobiac was the focus of the check, but Michael did some brief solos from a couple UFO songs (only you can rock me, and another that I cannot remember) with the band and that was about it. After check I took Michael and Wayne back to the hotel and was listening to them talk about the sound on stage, as we all know this is very important to Michael, he was stressing how important it is not to lose that "sweet tone" that you get on stage. after I left the hotel I picked up my friends Thad and Jeff and told them what was going on, they could hardly believe it either. We headed back to the bar to drop them off and get Neil and his van cause my car is way too small for a guitar god. We got back to the hotel and Wayne came out first we briefly talked about him working with the Black Symphony guys he said its quite different. He talked about Barry and Shane a bit and what they're up to now. Michael came out and we were off to the show. Some friends of mine were opening up, a band called Knucklehead, they were really good, tight and did a variety of covers. MSG hit the stage and tore the roof off. I was a bit worried that there would be a poor turn out, but there was 100 people there and about 50 in front of the stage and thats good for Bloomington. He did the standard set with no encores, but played flawlessly, literally! I've seen MSG and UFO over the years numerous times but this was by far the most intimate performance, there were alot of people singing along and Michael seemed to enjoy that, he smiled alot and seemed very happy. The songs off of the new album were welcomed as well, alot of people knew the words and sang along to Arachniphobiac, Fatal strike, and RnR believer, all of which sound killer live. Chris's vocals are just outstanding, the Rev is a nut and a killer bassist, pete was great on drums and Wayne is a great addition to MSG too I love the keys, he does Paul Raymond justice live. After the show Michael signed anything anybody gave him, including my split black and white gibson v (I actually painted it) and sold his thank you 4 cd. We took him back to the hotel and on the way discussed his credit to Sir Paul McCartney on his 2nd solo album, He said that Paul was rehearsing in the same building and came down and did a version of "secondary motion" with him!!!! I never knew the details on this unfortunatly the session got taped over for one reason or another Michael said he really didnt know why it wasnt saved and he wished he did now in retrospect. I'd love to hear that. I left my camera at the bar so I couldnt get my picture with him so we bid him a good night and said I'd see him at the H.O.B. Friday and Saturday, hope I can get a picture with him then since my picture of him and I from the walk on water tour has disappeared for some reason! I know this is long winded but hell I got to spend most of the evening with him, he is as down to earth and personable as a person can be, my respect has grown alot for Michael, and his band, Rev, Wayne, Chris and Pete are all first class people as well. Thanks again R.B your site rules!!!! 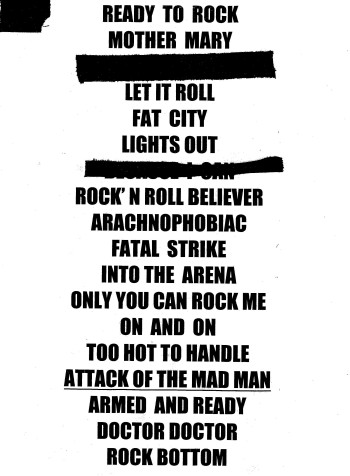 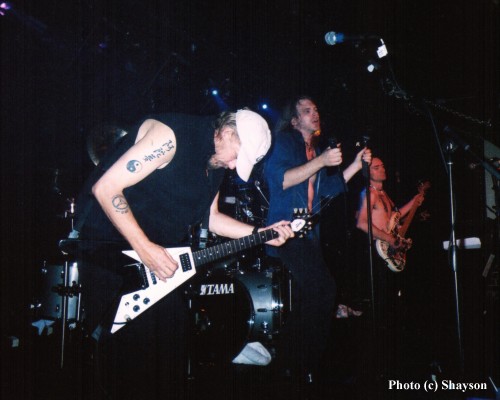 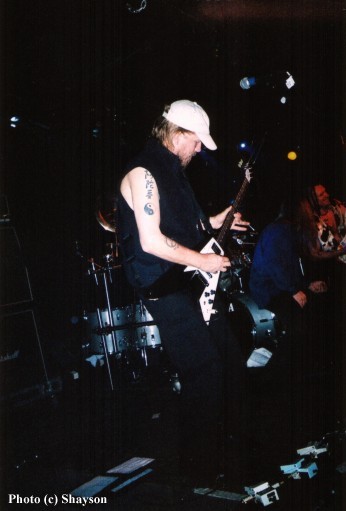 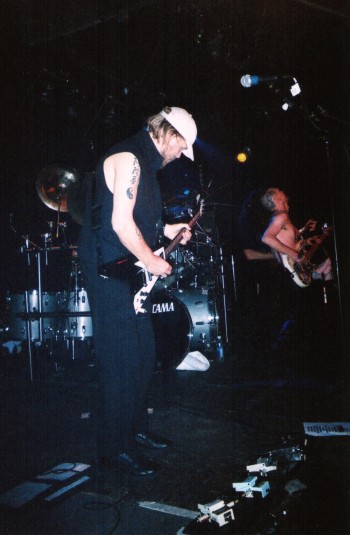 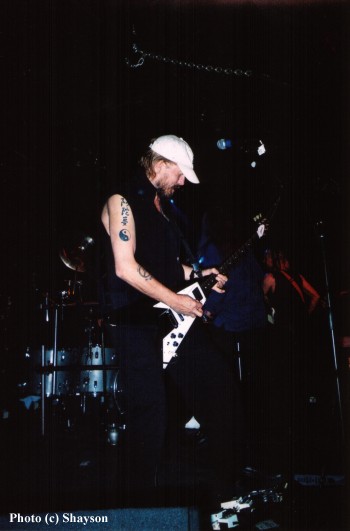 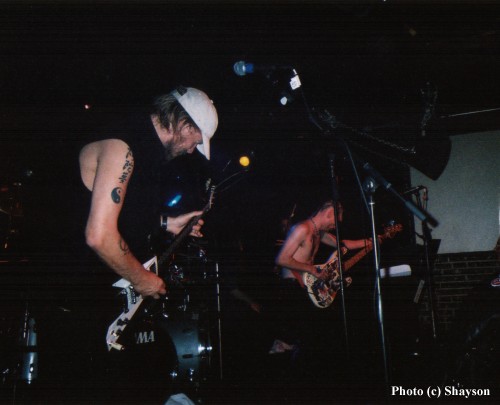 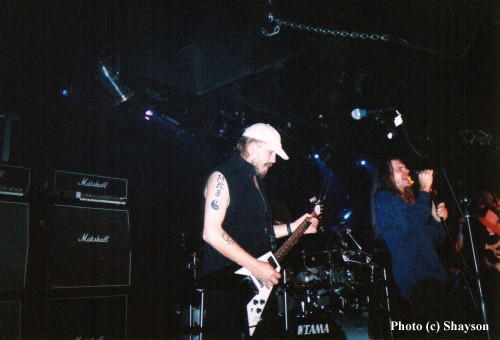 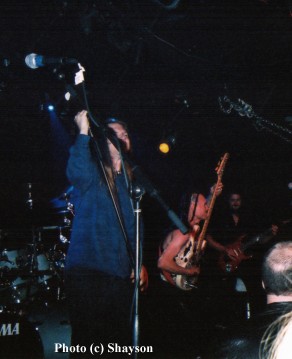 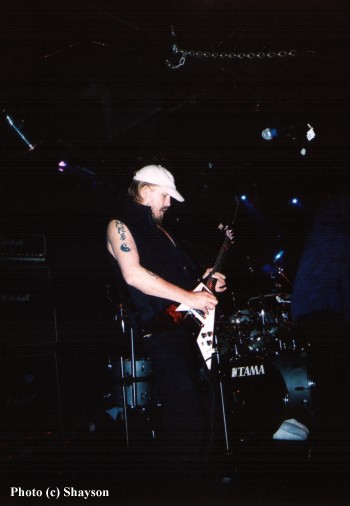 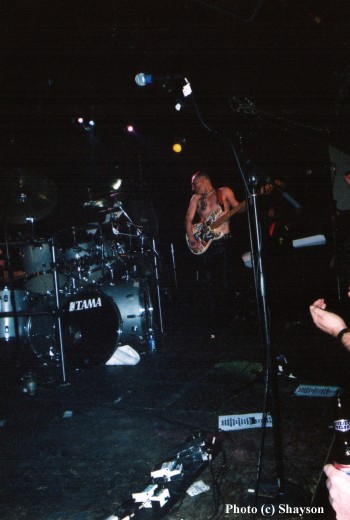