The band was very tight and Michael was superb. Michael showed everyone on this night why he is considered one of the best guitarist of all time. There was an awesome turn out even though it was the day before Thanksgiving. And Amy's lead solo in Rock Bottom took everyone by surprise. She is quite the little guitar player herself. I had a chance to get together with Michael on a couple of occasions while he was at the Cadillac Ranch. He showed me around and seemed to be in great health and spirits. After the show both Amy and Michael invited me into there tour bus. I must say it was quite the rig, very nice. Michael is back and he has a great bunch of musicians behind him. And no Ritchie I'm not just saying this because I was on Michael's guestlist. If they are playing in your area this is a must see show.

All photos on this page © Dennis Conrad 2003 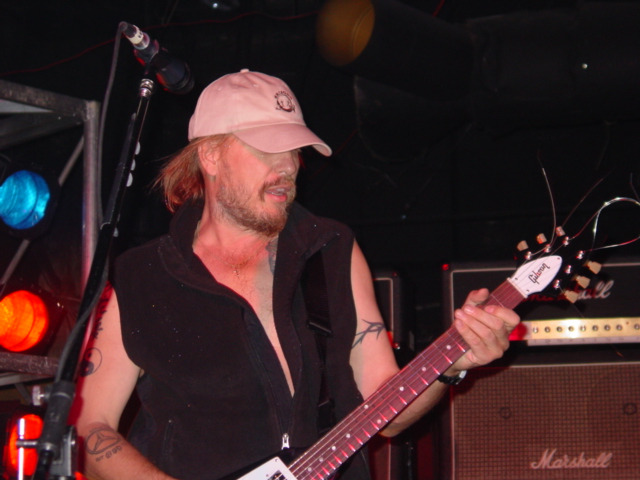 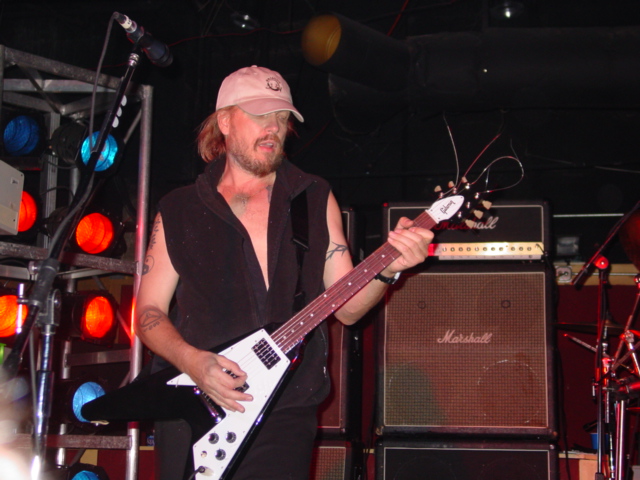 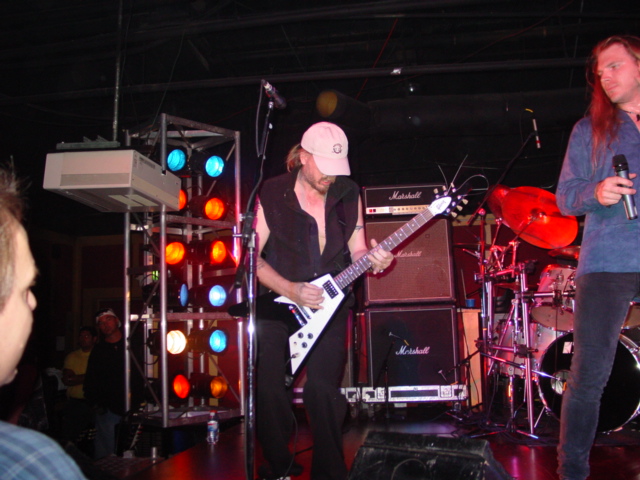 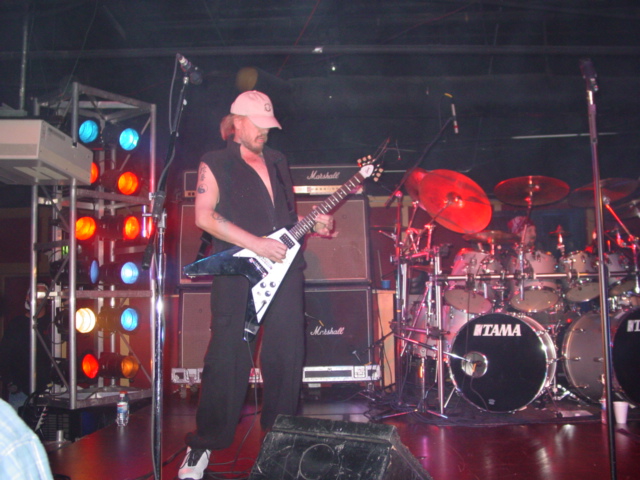 I was excited to finally get to see the "Chris Logan" version of MSG when after almost exactly two years ago left me hanging hours before the Sacramento show. I had a chance to stop by the Cadillac Ranch around 1pm while the lights & sound guys were setting up. Small place with a dance floor about the size of a 2 car garage. Towards the back it steps up to small tables, two bars and even a pool table (to pass the time during warm up bands no doubt).

I met up with Axeslinger at the show. We procured a spot front and center during the warm up band Cradle, which really was not bad at all. While we staked our spot up front, we missed Michael signing copies of "Thank You 4" in the back. The new Schugar/Schenker CD was also available. No tour shirts unfortunately.

The place went wild as MSG took the stage. Left to right: Michael, Chris, Rev, & Wayne with Pete on drums directly behind and center. A 4 cabinet Marshall stack stood behind Michael. Michael was playing a black Gibson V with a white inlay that to my surprise was the same model I have at home! We were so close that I never heard Chris's vocals unfortunately but I loved his stage presence. They started with "Are You Ready To Rock" and went into "Mother Mary". Bass player Rev Jones was all over his bass which sported many photos of Brittany Spears I believe. Axe got a great photo of it. Throughout the show Rev was mugging many contorted faces and expressions, he really was having fun. A highlight for me was "Fatal Strike" off the new CD. Chris dedicated it to all the troops fighting for our freedom, awesome. Michael blasted the ending solo in typical "bent over the V" form. He kept telling the crew to turn up his sound as the night went on (and one point turn Rev's bass down, in which Rev looked perplexed).

Michael was right on with his playing and I found myself just beaming during his solos. After a few songs Amy came out and took center stage between Chris and Rev. The band played two cuts off of the new CD "High Cost" & "Victim of the System". Amy seems to be an adept player and she was having fun while mugging it up for Axe's camera, never missing a beat. She came back out for the encore and took over part of the solo in "Rock Bottom". It was cool to see Michael playing rhythm during the song although it was a brief version. Overall the show was close to two hours and they played 20 songs. With over 30 years of history many songs were omitted but it was indeed a different set than other tours and very powerful. The band seemed tight and enjoyed the night as did the audience.