The show was a lot of fun! It was a lot of work on a short amount of time there with a grueling schedule of radio and interviews and record signings, and lots and lots of driving involved, but all in all it went great! I met many fans and special people there- I was asked by fans for Amy Schugar posters and I am thankful I had them available, for they went pretty quickly! Some fans had me signing their bodies also in permanent ink marker which was funny to me, but I did not argue. I love the fans, they are very cute and make all of this worth it! They really had me in smiles and we all had fun!

Dave Uhrich was on top of his game all the way with his music and he is really fun and had me and the others laughing wildly at his jokes and his impressions of people! I am blessed to have been able to work with him- That man is a monster on Guitar!

Robin McAuley was amazing! He is a very positive and happy person and is very much a "people" person and makes everyone he meets feel good and important! You can feel this on stage also, his vibe- We had quite a ride home also after a long show- We had a great wonderful, responsible driver and he drove Robin, myself and Terry back to the room- Robin and I had no drinks at all, and neither had the driver.. Well, we got pulled over anyway- They could not find anything on us, and let us go. It was really strange, the driver was not speeding, or anything! But the police harassed us anyway-they said it looked like we were DANCING in the car!! What ever that means..?? Terry and I were half asleep in the back seat and Robin up front, just sitting there, all of us very exhausted.. Very strange indeed..and every few blocks or so, we would see police pulling people over going thru cars..maybe there was something else going on we knew nothing about, but none the less I feel bad for the people living there having to go thru this.

The show started with Dave Uhrich performing to some of his songs via backing tracks. Dave was really really on top of his game and knows his guitar inside and out! He is an amazing talent- After a couple of songs, I was called up and Dave and I performed together to his backing tracks off of the Fretnotized album - it was a lot of fun! Dave is very encouraging and made me feel comfortable. He is a legend in his own right and I was given a great opportunity to have been able to perform with him. Many thanks to Dave and his time- 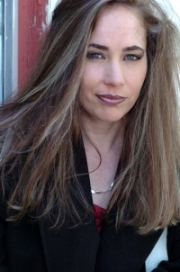 Then MST played- they are a Michael Schenker Tribute band and after a few songs, they called me up to play Victim to the System and Love and Danger. I had a good time singing with them. MST was really good ! They really were! I enjoyed watching them-

Then Robin came up. I enjoyed that show- The band was great! They were well rehearsed and you could tell that- Robin travels nowhere without "his boys", as he calls them. And it is a wise decision on his part, I believe! I would have definitely felt more comfortable to have my own band back behind me- Robins band is tight. It is the right way to go, to have your personal, well rehearsed band- Then Robin called me on stage and the singer from MST- and we sang Doctor Doctor and another tune. The guitar players from MSG were also up on stage- Robin was great and encouraged me with the vocals on these songs and he is fun to perform with on stage-I did not know all the words to Doctor Doctor but it seemed not to matter and we had so much fun with it anyway!

Lots of smiles and I felt comfortable! It was a benefit concert, and so really it was about the Children and not taking ourselves too seriously and having fun! We raised a lot of money for these kids and they will have a much better Christmas now- We all feel great having done our part to help them! The Rainbow foundation is a wonderful organization and I also want to thank John Schenk for putting this all together and doing a great job at that. John worked very very hard and it does not go unnoticed.

I have not a band at all, and had to perform acoustically at the radio station- The radio station had me on for an hour! I thought they wanted me to play two songs, but it turned into perhaps around six, and then me finally just "playing" around and making up songs! Terry Lauderdale played on three acoustic songs there with me. We laughed a lot, and I am thankful to Paul Morgan at WBIG in Chicago for his giving me a great radio interview-

The Synergy club is a beautiful place and the owner John was really nice!

The next day Robin and his band and I had a record signing at Impulse Records. Many thanks to the owner and his partners! All of us and the fans that attended, had a wonderful time!