[06/29/03 update]
Arachnophobiac Sounds & Lyrics: Check out the Chris Logan Music dot Com (Click "Sounds"). Chris has added audio files and lyrics of Arachnophobiac as there are lyrics printed only on Japanese release. Thanks Chris.

[06/20/03 update]
Arachnophobiac Released: MSG's new album titled Arachnophobiac is now in store in Japan (official release date is June 21) although it was already released on June 17 in the U.S. and Europe. The Japanese edition includes liner notes written by Mr. Masa Itoh (dated May 11). He mentioned that he has heard Michael was hospitalized after he completed the recording of this album. 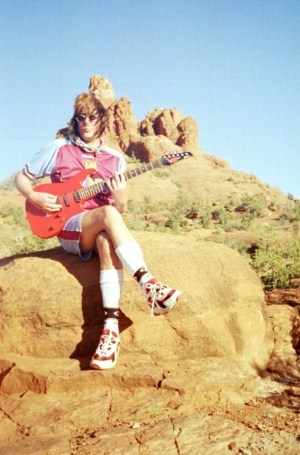 [06/10/03 update]
Chinua's Ibanez: Cherry Red Ibanez owned by Chinua Schenker used by Pete Way to write the Plot album is now auctioned on e-bay. Pete used this guitar while writing and took it to the Michael Schenker studio daily.

[06/08/03 update]
Michael's New Project (cont'd): Matt Indes forgot to mention the other guitarist, Fred Robinson who is also in the band. And the pictures posted along with yesterday's entry have been removed bacause Amy the vocalist is so requesting and I've got no permission to use these photos from other members. Hopefully, I will be provided with some photos later.

[06/07/03 update]
Michael's New Project: Apparently Michael Schenker has started a new project which is called the Schugar/Schenker band. The band is currently in the studio recording demos. The band includes Amy Schugar on lead vocals and guitar, Michael Schenker on guitar,Matt Indes on drums, and Mark Lehman on bass. Thanks, Matt for the great news!!!

[06/05/03 update No.2]
McAuley sings MSG: On June 6, Robin McAuley, Glen Hughes and Alex Ligertwood (3 voices) performing hits of Santana, MSG & Deep Purple Creature of Mercy=- / Union of Saints tomorrow at The Coach House San Juan Capistrano CA. Robin will bring his unique vocal talents with him performing his songs from all his MSG recordings and some surprises in store you will not be let down on this show. Thanks for the info, Peter!

[05/22/03 update]
M.O.D.: An American Band called M.O.D. (Method Of Destruction) will release a new album. Check out its cover art listed on Nuclear Blast Records website. I'm curious how they sound. Thanks for the info, David. 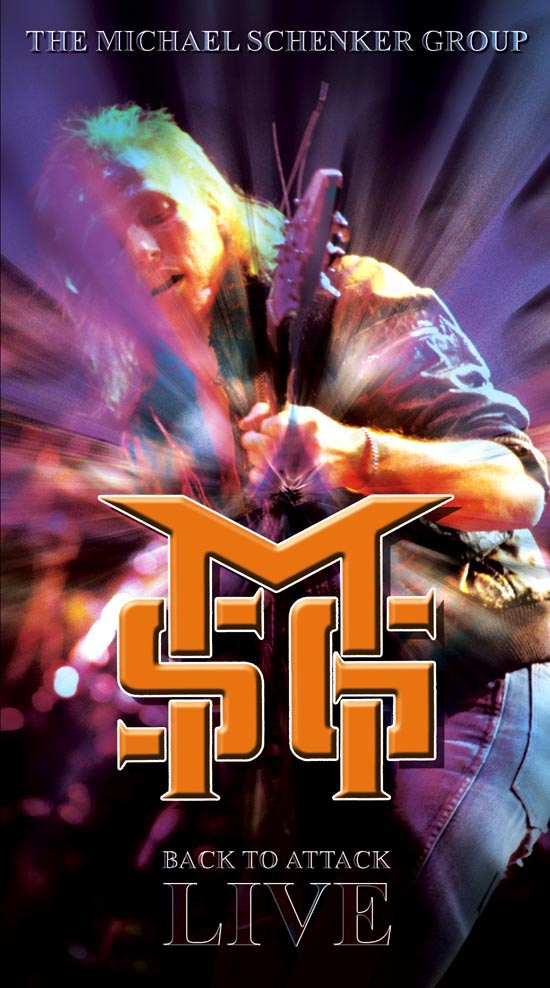 [05/09/03 update]
Back To Attack: Looks like a new CD set of MSG is now being available at Zoom Club, although I cannot find the direct link to the information on their site. (Addition: the information will be up on the Site by Monday.)

These recordings date from a time when principles such as superior musicianship, star quality and an ability to write memorable songs actually meant something. The Rock bands of the day simply held artistic integrity with more regard. Songs had to live on; vocals had to convey the emotion and guitar solos had to speak volumes. The Michael Schenker Group hosted all of these attributes and more, which is why fans to this day hold on to the hope that the Sarstedt born axeman is still capable of pulling something just that little bit special out of the bag.

[05/02/03 update No.2]
Arachnophobiac Japanese Release: Arachnophobiac will be released in Japan on June 21 through Avalon/Marquee label. Check out Avalon and HMV websites.

[05/02/03 update]
Arachnophobiac Track Listing: Chris Logan kindly informed me of one typo in the track listing posted on the On The Rocks site (see 04/25/03 entry). Track number 3 is called "Arachnophobiac" (with a C on the end), thus the title of the album. Thanks, Chris! For your information, On The Rocks team has decided to close the site. Thank you very much for keeping us appraised.

[04/25/03 update]
Arachnophobiac News: According to Peter, http://www.ontherocks.de has the annoucement of Mascot Records on the upcoming MSG album titled "Arachnophobiac". Its track listing is:

Evermore
Illusion
Arachnophobia
Rock And Roll Believer
Into The Sands Of Time
Weathervane
Over Now
One World
Break The Cycle
Alive
Fatal Strike.

[04/23/03 update]
Jeff Martin Interview: According to Peter Mondria, "the May issue of the Dutch rock magazine 'Aardschok' includes a interview with Jeff Martin. Jeff speaks about the last UFO tour, and his recent work with Michael. He also had an interesting comment about a past recording with Michael, concerning an instrumental double cd including 127 musicpieces!!"

[04/20/03 update]
ARACHNOPHOBIAC: Chris has updated his news page. It says the title of the new MSG album is "ARACHNOPHOBIAC". Thanks for the info, Karri. The spiders follow scorpions?? 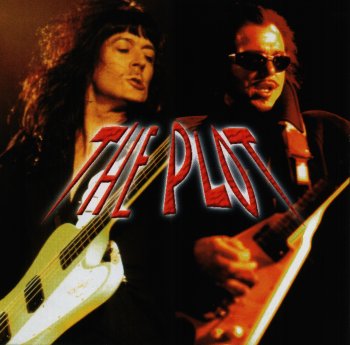 [04/16/03 update No.2]
Guitar Instructional Video: Tommy Angelo made an instructional guitar video series called "see and learn to play actuals" for those who may like to learn Micheal's songs in the differrent way from the market tools. His website is www.vdoguitarhero.com/. According to Tommy, he also has the CD album called "A tribute to Guitar Heros" which is on sale at amazon.com,guitar9.com.

[04/16/03 update]
The Plot Official Release: The Plot CD is now on sale at Shinjuku Records and some other CD shops in Japan.

Graham Bonnet Interview: An interview to Graham Bonnet has been posted on ElectricBasement.com. He talks again about THAT gig at Sheffield. Also he is referring to the songs Michael wrote for him several years ago. Where were they gone?

[04/11/03 update]
Chris Logan Interview: Ten questions to Chris Logan have been posted on the ClassicRockNews (login required) of Yahoo Groups. I don't know but this interview may be later posted on the getreadytorock.com? Chris said "I just got done recording the new MSG album, which should be released sometime this summer. I'm really excited about it." He also talks about his input in BAOS and songwriting with Michael, etc.

[04/06/03 update]
MSG New Album: According to Mascot records, MSG group signs with Mascot Records for Europe. New album to be expected in June. Thanks Peter for the information. 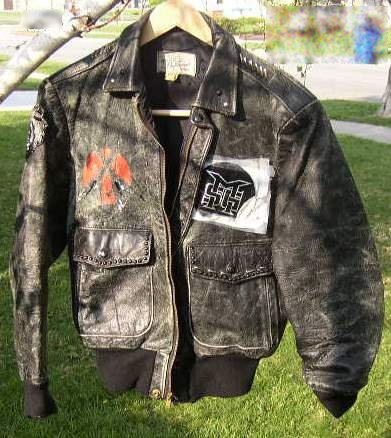 [03/25/03 update]
Lost Mails: My computer crashed last week and I lost the mails I received between January 23 (when I backed up the data last) and March 20. If there is any unanswered mail, please send it again to me.

[03/24/03 update]
John Norum: With regard to the news about John Norum joining UFO, his official site (www.johnnorum.com/) has also confirmed it's true.

The Plot (cont'd): According to Bella Piper, the information about the release is true.

[03/23/03 update]
The Plot: According to Shinjuku Records, the Plot CDs (official release) will arrive in Japan around mid April.

Note: Joe Kleon, a webmaster of the Pete Way official website, said to me that it is not true.

[03/20/03 update]
Again No!!: Somebody accused me saying that "Go fxxk yourself. You piece of shit". I know this is not a right place to express my opinion and that my opinion has no power or influence unlike those of the musicians who have expressed their oppositions to the attack on Iraq. That's why I apologized. Yes, I admit that I am a piece of shit. I know that and everybody knows that. But the fact never changes my mind. I am strongly and absolutely opposing what they are doing now.

[03/18/03 update No.3]
UFO New Guitarist: Now it's official! A source told me that UFO management has confirmed that the new guitarist is Jon Norum.

[03/18/03 update No.2]
Sorry, I couldn't resist: Bush's crazy statement made me puke. People from the States! All the people from the U.K., Spain, and Australia! Come on! You want to see the innocent people dying again? Japanese Prime Minister and ruling party members are Bush's pet. Really disgusting. What a crazy world! Batty, isn't HE a member of the SITN club? God help us!

[03/18/03 update]
UFO New Guitarist: I haven't confirmed this is really official, but BraveWords.com reports that, according to management, the new guitarist of UFO is John Norum (ex-Europe/Dokken).

Michael is now offering his #2 Flying V, the guitar he favored for The Unforgiven tour, for sale on eBay.

To view the auction, go to:

The auction will end on March 16. Please contact me, the authorized sales agent, if you have any questions about the guitar. Thank you and best wishes, 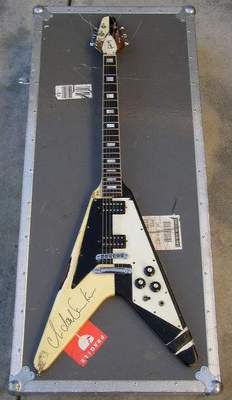 [02/23/03 update]
Michael not on stage: It didn't happen unfortunately, or should I say naturally.

[02/19/03 update]
Michael with Scorpions??: I just wish that Rudy of Scorpions who will play live in Phoenix on Friday the 21st would invite Michael on stage as a guest guitarist.

[02/17/03 update]
MSG New Album in 2003!?: Chris Logan has just updated his webpage. Sounds like MSG is to make a new album this year. He also refers to meeting with Rudolf Schenker.

[02/13/03 update]
Michael At NAMM Show: It was reported that Michael was at NAMM show, large-scale musical instrument trade show, held in Anaheim last month. Check out the photos. Thanks, Batty.

[01/26/03 update]
Michael Quits UFO: The following is a message from Bella Piper.

BEAWARE IF YOU BUY A U f O CONCERT TICKET IT WILL BE
WITHOUT MICHAEL SCHENKER ! DON'T BE FOOLED AGAIN .

[01/21/03 update]
Pete Way CD Preorder Postponed: According to Joe, preorders for ALIVE IN CLEVELAND are postponed until February 17. Shipping on all preorders is now scheduled for March 18, but may happen eariler (see 01/13 entry).

[01/17/03 update]
Pete Way New Interview: Scott Alisoglu informed me that his recent interview to Pete Way is now on www.live4metal.com/.

[01/13/03 update]
Pete Way New CD: According to Joe Kleon, Pete is proud to announce that his recent Cleveland show, recorded October 4, 2002, will be released on February 18. It will be sold exclusively on Pete's website: http://www.peteway.net

Preorders for the CD will be taken starting January 20. Everyone who preorders will receive the cd autographed.

Check the site for all the latest information and to download some MP3 samples.

[01/09/03 update]
New Links: Joe Kleon, a webmaster of Pete Way's new official website has asked me to add a link to the site. The URL is http://www.peteway.net. It is packed with information and contains some unreleased audio of the Plot album and the Cleveland live album. You can also find a new message from Pete dated January 7.

Also, Andy, a webmaster of "Force It", the UFO Tribute Band in U.K. informed me that their website has been back up and running at: www.force-it.co.uk.

Back to "I Love Michael Schenker Fans" page